Tips on Resolving Arguments with Your Spouse

How to Settle Things in a Positive Way 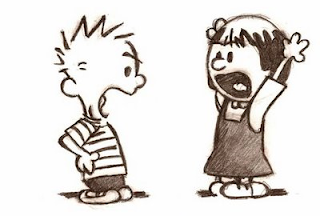 Decide if it's something that's worth arguing about first.
In so many instances, couples argue over the most trivial of things, like why one of you keeps forgetting to put the top back on the tube of toothpaste or why the other one keeps hogging the remote, etc., all just stuff not even worth disputing.
If this is the case, it's probably better to simply ignore any aggravation and let things slide. Sometimes, all of us tend to blow the teeniest stuff way out of proportion.

If you do argue, don't say things in the heat of anger that you will regret later.
If you are really ticked off at something your spouse said or did (or didn't say or do), it's easy to blow your stack and mouth off the first things that come to your mind.
Remember, words can never really be taken back after they''ve been said and making wounding remarks can actually worsen your present circumstances.
Name calling, hollering, belittling and zoning in on inadequacies makes a person defensive and he or she will either end up countering with their own spiteful comments or refuse to communicate with you at all.
When you feel the urge to say anything unkind, take a "time out" until you have enough control of your emotions to confront whatever issue you and your spouse are in disagreement about.

Get your point across, without going on longer than is necessary
You've obviously got something that needs to be said. Try to be as descriptive as possible about what you are upset about.
That doesn't mean you need to take forever-and-a-day to make your point. Repeating and rehashing the same thing again and again is going to end up making the other person frustrated and he or she will end up not even wanting to listen to you.
Be focused, explain your feelings, be brief.
Listen to the other person's point of view
When most of us are having an argument with our spouse, we already think we're the one who is "right."
A fair fight, though, means that you have to be willing to give your "opponent" a chance to offer his or her opinion on the issue one or both of you are angry about.
Really listen to what the other person is saying and try to look at it from his/her perspective.
As much as you like to imagine yourself as always being the wronged party, it's possible that you're the one who is off-track. Listening to your mate's side shows that, even in the midst of a quarrel, you have respect for him/her..

Resist the urge to get in the "last word"
I know that I am inclined to want to get the "last word" in, as though I'm in a contest of some sort that makes me the "winner" if I get in one final dig.
Most couples are temporarily battling for position during a disagreement, but it doesn't help to resolve anything, when either of you is too stubborn to put an end to the bickering.

Sometimes, you have to agree to disagree.
If either party can change something you are doing to help settle the matter, then make an agreement to do whatever it takes to bring peace between you.
On many occasions, however, you may end up coming to the conclusion that neither of you is "right" or "wrong," but, like all human beings, you are two distinct individuals who just have your own unique perception.
Should that be true, simply agree to disagree and be willing to move forward from there. Compromise is often the best method of handling dissent.

Forgive and ask forgiveness
Don't hold on to any resentment.
Forgiveness is extremely cleansing. Forgiving your mate means that you don't store away the memory of this argument, only to bring it up again at a later time. In case you've said or done things that may have hurt your spouse, be quick to apologize and ask forgiveness., as well.
Never be too proud to say, "I'm sorry."

Realize that even the most loving couples have conflicts.
Don't think that having a periodic bout of discord means your marriage is in trouble.
Anybody who claims they don't argue from time-to-time is probably in denial, because, fallible creatures that we humans are, we all get ticked off and stubborn some days.
When you and your spouse sincerely love each other, you can get through any disagreement, without it damaging your relationship.
If it does seem like you are fighting more often than you ought to, by all means, find a good counselor and get help to work things out.

Source - http://voices.yahoo.com/tips-resolving-arguments-spouse-99295.html
Posted by AyuG at Wednesday, July 31, 2013 No comments: