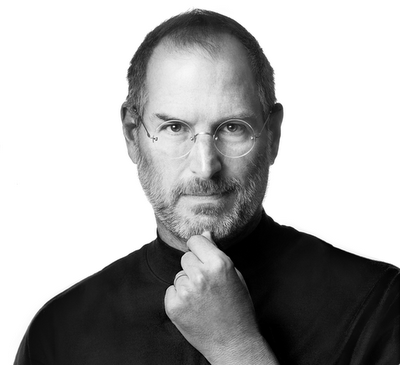 11 Ways Steve Jobs Made Apple the Most Admired Tech Company

Apple’s now-legendary “Think Different” advertising campaign from the late 1990s was one of the most effective of all time. It also summarizes the approach that Steve Jobs brought to his position at Apple when he returned to the company in 1997. That campaign — and Jobs — stimulated innovation and reinvention, which is what Apple, today, is all about.

1. Partner With the Enemy

Can you imagine Pepsi and Coca-Cola getting together? Or Verizon and AT&T? That’s how strange it was when Apple and Microsoft announced their partnership at the 1997 Macworld Expo.

After 12 years of financial loss, Jobs needed to get Apple money, and quickly. So he turned to Bill Gates, who made a $150 million investment in Apple.

“The era of competition between Apple and Microsoft is over as far as I’m concerned,” Jobs announced. “This is about getting Apple healthy, this is about Apple being able to make incredibly great contributions to the industry and to prosper again.”

In 1998, Jobs called a meeting at Apple, sat everyone down and said, “You know what’s wrong with this company? The products suck — there’s no sex in them.”

Today, Apple is credited for creating the most beautiful technology, from colorful iMacs to sleek iPads.

Apple began as a computer-only company, but Jobs knew it needed to broaden its approach if it wanted to become truly successful.

Apple began expanding its products beyond just computers with the release of Final Cut Pro, followed by MP3 players, music, iPhones and iPads.

Jobs changed the company’s name from Apple Computer, Inc. to Apple Inc. in 2007 to symbolize the new, broader vision.

4. Get Around Impossible Roadblocks

Other retailers were not giving Apple products adequate positioning.

Jobs’ solution? The Apple Store.Scattered throughout the world, these successful outlets are now the “darlings of the retail computer industry.”

5. Tell Customers What They Want

Jobs does not use focus groups. Instead, he tells customers what they want before they know they want it.

“[Apple has] a great track record for making you want — and buy — things you thought you didn’t need,” says Carl Howe, director of consumer research for Yankee Group.

Apple releases products that are innovative in and of themselves, but they are also integrated visions. iPods mesh beautifully with iTunes; iPads and iPhones collaborate with the app store.

According to Jobs, “creativity is just connecting things.” Apple frequently shows how the sum is greater than all of the parts.

Ivy league graduates aren’t the only people who can run companies.

“Part of what made the Macintosh great was that the people working on it were musicians, and poets, and artists, and zoologists, and historians who also happened to be the best computer scientists in the world,” Jobs has said.

Apples’ “Think Different” ad campaign in the late 1990′s was one of the most effective of all time.

It stimulated innovation and reinvention, which is what Apple, today, is all about.

Apple’s designer Jonathan Ives confirms this strategy: “We are absolutely consumed by trying to develop a solution that is very simple, because as physical beings we understand clarity.”

Remember, people first and foremost care about themselves, so make products they can relate to.

Steve Jobs said in his Stanford commencement speech: “Have the courage to follow your heart and your intuition. They somehow already know what you truly want to become.“